Presently, Brooklyn Learning Lab approaches its fifth week in session two. For the past four weeks, we focused our efforts on developing student’s addition and subtraction reasoning capabilities. Therefore, our third and fourth weeks contained routines around comparisons. Whereby, we emphasized the phrases “more than” and “less than”. Last, we completed the routines by discussing addition and subtraction as inverse operations or “opposites”.

Experiment as much as possible: Start with a Question

To begin the comparison routines, we asked children to explain what they think about when they hear the phrases “more than” and “less than”. Our students felt that “more than” meant addition and “less than” meant subtraction or to minus. As a former classroom teacher, I taught my students a similar line of reasoning where more means add and fewer means to subtract in word problems. With this said, I was not surprised to hear the kids interpret “more than” and “less than” in such a manner. As such, we kept going back to this question throughout our daily sessions. 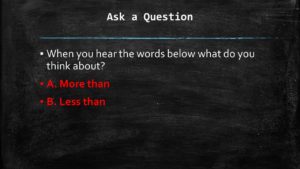 Addition and Subtraction: More than, Less than and Opposites

Step One: Start with a Puzzle: Meaning behind the Equal Sign 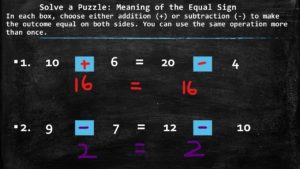 We used the Singapore Comparison Variations for More Than and Less Than to create five cases comparing both scenarios. (www.teach-kids-math-by-model-method.com/comparison.html). Below is an example of how we used both cases together. 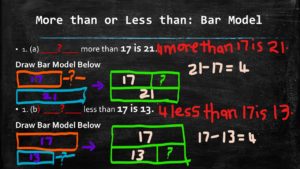 To add context to the comparison cases, our students worked on problem situations using the phrases “more than” and “less than”. 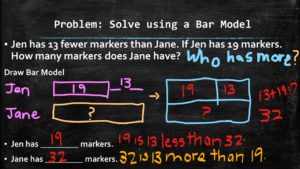 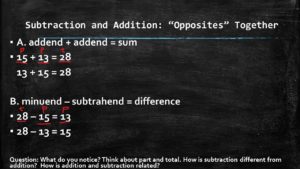 Then students worked on creating a subtraction number sentence for an addition case and vice versa. 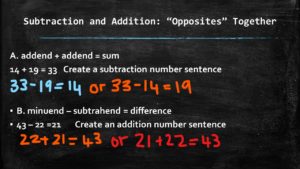 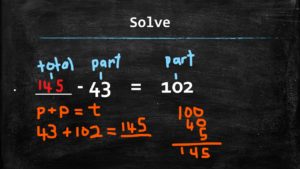 If you have already guessed it our goal is to introduce kids to solving for missing letters in addition and subtraction cases like x- 15 = 31. Additionally, introduce the term communtative property and discuss why subtraction does not follow the rules of this property. These routines are not one hit wonders but they are used daily within a set of cases geared to build addition and subtraction reasoning: joining, separating, comparing and part/part total.

Here is our week three and four routines: More than, Less than and Opposites (Addition and Subtraction) Brooklyn Learning Lab Comparison and Opposites Set Routines.